Conducting Research That Is Both Rigorous and Culturally Responsive

Conducting Research That Is Both Rigorous and Culturally Responsive

EDC’s Joy Kennedy discusses her research on Molly of Denali, which is set in a rural Alaskan community.

EDC’s Joy Kennedy recently released findings from two studies that show digital media can be a valuable tool in helping young children learn to use informational text. The basis of the research is the PBS KIDS series Molly of Denali, the first nationally distributed children’s series in the United States to feature an Alaska Native lead character. 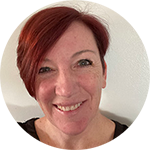 The studies, however, were not without incident: Kennedy and her team were only a few months into the research when the coronavirus pandemic forced them to rethink the entire research methodology. In this Q&A, Kennedy reflects on the benefits of shifting to remote data collection, and discusses how her research tried to center of Alaska Native voices and experiences.

Q. You just conducted two research studies on Molly of Denali, a series from PBS KIDS. What stands out to you about the series?

Kennedy: One of the things that I was really proud of was the cultural appropriateness of Molly, and how thoughtfully GBH and PBS were about making sure that Alaska Native voices were included throughout. As a researcher, you have to do a content review of any intervention you do. And this was probably the most fun, meaningful content review I’ve ever done. The community values are so central to the show. The show itself is funny. It’s warm. It’s real. And to be a part of that is really powerful to me. If I have to watch a kid’s show over and over again, this is the one.

Q. What made it real for you?

Kennedy: It’s so rare to see a cartoon character that really feels like real life, especially a female character. Molly is a little girl who is so adventurous and who grew up a lot like I did, in a very rural area. Going out into the woods unsupervised was totally something I could do—and something I did a lot. To see myself in a character who’s set so far away was just neat.

Q. How did you integrate these ideas of place, people, and cultural appropriateness into the research studies?

Kennedy: One thing we did was to convene a board of advisors from Alaska, some of whom were Alaska Native. We did this to make sure that as we were developing our research methods, we were staying true to the series while recognizing the differences in experience that our research team brought to the project. I mean, I’m a white girl who grew up in the Northeast! We also did a pilot research study with 70 families to make sure that the assessment that we created was culturally relevant. As part of that pilot, we talked to parents and to kids and just asked them questions about their experience with the show and their experience with the study. You know, was there anything that we could do better? What did they like about Molly? We had really rich conversations with families about our research, and all of our research materials—intervention drafts, procedures, and assessments—were run by the advisory board for feedback. Finally, we went to the Alaska Federation of Natives Convention in Fairbanks and asked attendees to tell us what they liked about the show.

Q. Your research was ramping up in early 2020. Then the pandemic hit, and travel became almost impossible. How did the pandemic change these studies?

Kennedy: We had hoped that one of our study sites was going to be Anchorage or perhaps Fairbanks, like we had done for the pilot. We were also hoping that members of the advisory board would be able to tag local researchers to gather data, so that at least a portion of the project would be local to Alaska. But that wound up not happening. We had to eliminate Alaska as a formal site because we couldn’t travel and because the research protocols had to change almost completely. We had to adapt the study to be done remotely, over Zoom, using the data-enabled tablets that children had been given as part of the research.

Q. What was is it like to conduct the research studies over Zoom?

Kennedy: At first it was just heartbreaking. I had invested so much time in coming up with this beautiful, elegant, rigorous design to test the efficacy of the series. And to be only a quarter of the way in and have to stop? It was tough. But I think there were some benefits. I do think that it gave us access to different kinds of participants than we necessarily get in in-person research studies. For example, to do in-person education research often requires us to travel to an urban hub, some place with a major airport, and recruit people in the vicinity. We are usually getting people who are within an hour’s drive of our research site. But that means we often don’t get rural participants. We get urban and some suburban, but mostly urban. So doing remote research is a way of expanding our participant pool to include more diverse communities. In the end, I felt really good about being able to do the research at all, and I think the families in our studies had a positive experience.

Q. You watched a lot of Molly of Denali as part of your research. How does the series’ narrative connect to the actual learning goal, which is helping children learn to recognize and use informational text?

Kennedy: I think the most meaningful episode for me is the first one, “Grandpa’s Drum.” Molly’s grandfather is an Alaska Native elder and also a volcanologist. But he won’t play music anymore, and Molly wants to find out why. She discovers an old photograph of him with a drum. And she uses Web searching to figure out where the picture was taken, because she thinks that if she can bring the drum back to him, it’ll bring his songs back. But as she researches the photograph, she also discovers the awful history of Alaska Native children being sent to boarding schools, being ripped away from their families, and having their Native clothing and toys destroyed. The story makes me weepy. It was a beautiful lesson on so many levels—about history, about what can be gained from looking at a simple photograph, about how to use the Web. And the story itself isn’t about informational text at all—it’s about reclaiming your heritage. You just happen to learn all of this other stuff along the way. And I think that’s the most effective part of the show. You see Molly using tools to solve problems that are meaningful in her life. That’s why people use informational text in real life, too.

| Announcements
New Research from EDC and SRI International Demonstrates Positive Effects of PBS KIDS series MOLLY OF DENALI on Children’s Learning
| Articles
Learning with Media, One Adventure at a Time