Our Cultures Are Our Cure: Why the Restoration of Indigenous Languages Is so Important 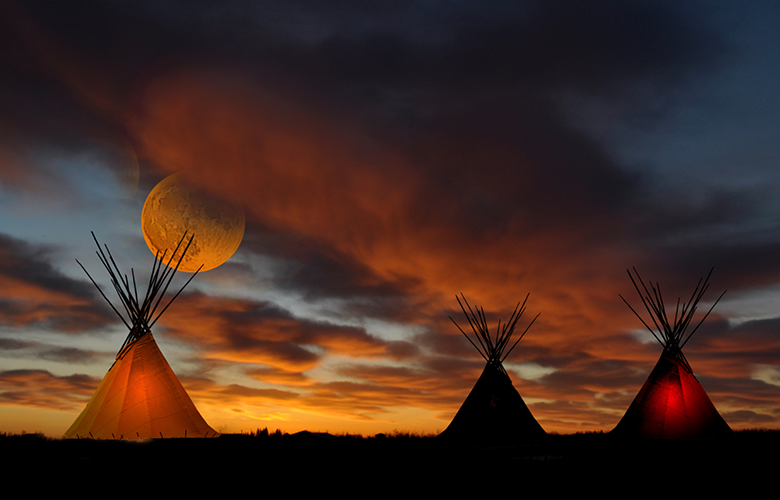 I remember like it was yesterday, even though it was nearly 40 years ago. I had driven from Connecticut to Ossipee, New Hampshire, where my Native Teacher, a member of the Abenaki Nation, lived on a beautiful lake. The Abenaki are one of the five Tribes of the Wabanaki Confederacy, of which my own Nation, Mi’kmaq, is one. Together we were heading up to nearly the last stop in Maine before you get to the border of what is now called Canada, to the reservation of my Relatives, the Aroostook Band of Mi’kmaq. The Aroostook Band are the only federally recognized Mi’kmaq on this side of Turtle Island, now called the United States. We were going there for a Powwow and a feast, both of which would be held the following day.

As we got closer to the reservation, I noticed signs in Mi’kmaq, with both English and sometimes French translations under the Mi’kmaq words. I had seen enough words in my tribal language to recognize them, and it made my heart glad and sad at the same time.

I am a first-generation survivor of the residential school. This means that a parent, in my case, my mother, was forced to endure the horrors that were part of her existence in the Shubenacadie Indian Residential School in Nova Scotia, where she was “incarcerated” between the ages of 6 and 16. In both Canada and the United States, Indigenous children were taken from their Tribes by force and threat of imprisonment and placed in residential “schools.” These institutions were run mostly by religious organizations, although some were run by the governments, but the aim was the same— to “kill the Indian to save the man.” The goal of these “schools” was the complete acculturation of the children and the destruction of their cultures and identities. While there were varying degrees of actual education, the levels of spiritual, physical, emotional, and sexual abuse that took place in these places is mind and spirit numbing.

Many of the words in our beautiful languages tell stories. One word may take an hour for its story to be told. So much of our cultures live in those words. The very first thing they did to those children in those institutions was to take their tongues. They were punished severely, beaten, and had their mouths washed out with lye soap for speaking their mother tongues, and consequently, many of our languages have been permanently lost.

As an Elder Mi’kmaq woman, I will probably never be fluent in my tongue. However, I see “language nests” popping up all over Turtle Island, where both children and adults can be immersed in their languages. I see Culture Camps for our young people, where all the activities are conducted in the mother tongue, while immersion schools, where subjects are taught to children in their languages, are becoming more common. There are a few immersion schools in Nova Scotia and New Brunswick, as well as many others all over Turtle Island, which gives me hope. Much more attention is being paid to revitalizing the languages that were so brutally taken from those Indigenous children in those schools. We will grieve for the languages that were destroyed, but we also will fight to preserve those languages that refuse to die.

Let me conclude by returning to the Aroostook Band of Mi’kmaq Reservation and the weekend of the Powwow. As my Teacher and I got out of our vehicle and were welcomed by the Relatives there, I noticed groups of folks walking by, chatting together, but it was not in English—it was in Mi’kmaq. I was moved to tears. I might not have known what they were saying, but the words resonated in my heart. The Talking Circle around the sacred fire that night was mostly in Mi’kmaq. As I listened, the words of the Ancestors were clear: “Our language is our culture. Our culture is our cure.”