Sexting: A Cause for Concern

Sexting: A Cause for Concern

Why do teens share explicit images with friends? It’s more complicated than it seems.

A recent survey from the Pew Internet Project found that over three-quarters of teenagers have cell phones. So what do they do with those devices all day? They text—then, they text some more.

Some parents, educators, and doctors are becoming more concerned about the content that teens are choosing to share with one another. Specifically, they are worried about sending sexual text messages, photos, or videos—all referred to as “sexting.”

EDC’s Shari Kessel Schneider has been looking at teens’ health and risk behaviors as part of the MetroWest Adolescent Health Survey (MWAHS). Since 2010, the biennial survey has questioned teens about sexting. Kessel Schneider offers some insight into what she has learned about teens, sex, and text messaging, and why sexting is such a difficult behavior to study.

Q: Why should we care about teens’ sexting habits? 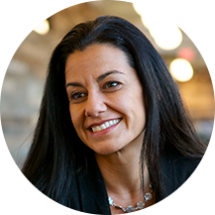 Kessel Schneider: There’s still a lot we do not know about the use and impact of these messages and how they fit into teens’ dating relationships. I’m interested in understanding whether sexting is just the way these relationships play out in the digital age, or whether sexting may be indicative of unhealthy relationships or related to dangerous behaviors, like sexual risk-taking.

Q: Are there indications that sexting is linked to problems?

Kessel Schneider: We are analyzing our data now to understand if teens who participate in sexting are more likely to have poor mental health, to engage in other risky behaviors, or to be involved in unhealthy relationships. Some researchers have already learned that teens who sext are more likely to have intercourse and engage in risky sexual behaviors. So from a behavioral health perspective, there is cause for concern.

Kessel Schneider: There is no standard definition of sexting in the research literature. In the MetroWest Adolescent Health Survey, we defined sexting as the act of “using the Internet, cell phones, or other electronic devices to send or forward nude, sexually suggestive, or explicit photos or videos of someone you know.” It is a difficult behavior to study, though, because teens can be involved in many ways. They can create, receive, and/or share these messages. It can be tough to untangle individuals’ roles and intentions.

Q: Do you think sexting is underreported?

Kessel Schneider: It depends on how you define sexting. For example, a recent study in Pediatrics received a lot of press because it showed a very low prevalence of sexting—but the findings focused on images that would be considered child pornography. I’m coming at it from a behavioral perspective, trying to understand whether sexting is associated with poor mental health or other harmful behaviors. In this case, it is important to broaden the definition to include the range of behaviors that teens consider as sexting. Our research shows that one in seven youth have either sent a sext or been the subject of a sext image. If we were to include flirtatious or sexual text messages, then we would find that sexting is more prevalent.

Q: Is sexting related to cyberbullying?

Kessel Schneider: Sexting can definitely result in victimization when teens circulate the images in hurtful ways, and there can be serious mental health issues for those involved. Far more often, though, it occurs within the realm of adolescent dating relationships and teens’ experimentation with sexual identities. The problem is that since these messages are electronic, they can be stored, shared, and circulated with ease, which can have immediate and lasting consequences. I think that’s where a lot of the concern comes from.

Q: How can parents talk to their children about sexting?

Kessel Schneider: Parents should educate their children from an early age about the importance of being safe online and keeping personal information and images private. These conversations become very important when kids begin using cell phones to connect independently with their peers. Teens need to know what information is okay to share, what is not, and how to respect others’ privacy. In addition to education, parental monitoring of children’s cell phones and e-mail accounts is extremely important.

Q: You’ve been studying teens’ attitudes towards sexting and other health behaviors. How do they feel about sexting?

Kessel Schneider: Teens have always engaged in flirtatious and suggestive behaviors as a way of exploring their sexual identities and peer relationships. The popularity of sexting is indicative of the overall trend toward the use of electronic communications: some kids are just flirting electronically instead of on the phone.

What is different, though, is that kids are growing up in a digital world where everything can be shared online, even messages and photos intended to be private. Teens may not understand the long-term consequences of their actions.