Many children struggle to show their work in mathematics, but computer programming could change that.

Young children are natural mathematical thinkers. But while they can solve a lot of simple math problems in their heads, they often struggle to explain or record those same mathematical ideas on paper. Why is that?

EDC’s Paul Goldenberg and Kristen Reed believe that it may be a challenge due to language, not mathematical reasoning. To test this idea, they have introduced second graders in Massachusetts to a new language: computer programming. In this podcast, Goldenberg and Reed discuss what they have seen in the classroom and why they think programming is an effective tool for expressing mathematical ideas. 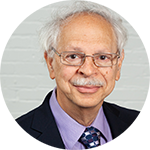 Goldenberg: It’s also the case that if a child is, for example, writing about a picture that they drew, and they leave out a word or misspell every single word in the written statement, you can still figure out what they meant . . . [but] if you make one tiny, little error—misplace one character when you are writing a mathematical expression—it’s usually unintelligible, or people treat it as just plain wrong.

On why programming can help children explore mathematics

On success stories from the classroom 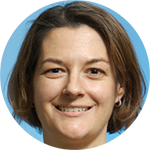 Reed: We’ve found just amazing engagement from the kids. They are so excited. There was one boy who was new to the school, and new to the country—English language learner. The teacher thought that he didn’t know basic second-grade math—that he wasn’t clear about how to add or subtract. But then when she watched him work in the microworld, he could do it. He understood how to solve the problems. He was adding, he was subtracting, and so she was blown away. And it was really eye-opening to her that in this format, where it was a programming language, not English or Spanish, that he could really engage with the mathematics at a very deep level.

On whether programming should be part of every elementary classroom

Reed: [W]e’re not trying to train every child to become a computer programmer. That doesn’t make sense. But we do want them to feel that this world isn’t opaque. That they could. But we do want to teach them those types of habits of mind and the types of problem-solving skills that programming really opens up. Because when you are programming, you are constantly having to think ahead . . . to debug . . . to problem-solve and really think through the steps you are trying to take. And so those intellectual habits of mind—those problem-solving skills—are critically important for all children. So that’s really at the core of what we are trying to teach.

Editor’s note: This podcast was recorded in late February, before schools in Massachusetts were closed to slow the spread of COVID-19.