Building a STEM Pathway Through Prison

Building a STEM Pathway Through Prison

Not only are STEM jobs plentiful in the United States these days, but they also routinely pay better than non-STEM jobs, enabling people to build better lives for themselves and their families. Access to this pathway is not equal for everyone, however.

Over the past 25 years, prison education programs that teach STEM skills have been cut, effectively preventing individuals who are incarcerated from entering the STEM workforce after they have served their sentences. EDC’s Eden Badertscher and Stan Andrisse, director of the Prison to Professionals program, see this underinvestment in prison education as evidence that systemic racism continues to shape educational and economic realities in the United States.

In this podcast, Andrisse and Badertscher discuss STEM Opportunities in Prison Settings (STEM-OPS), a new collaborative effort to improve STEM learning opportunities in prisons. They also address why taking a critical look at prison education is needed for any meaningful progress toward racial equity and justice. 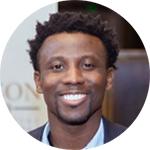 On jobs and opportunities in STEM 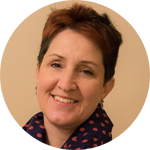 Badertscher: We have roughly 2.4 million unfilled jobs in STEM over the last three decades, 80 percent growth. I mean, so few career opportunities have that kind of growth. And if you’re focusing particularly on computers, as you can imagine, it’s over 300 percent. That’s huge growth.

On policies that have hindered STEM education inside prisons

Andrisse: [The 1994 Clinton crime bill] did a lot of things to increase the prison population. But one of the key things that some people don’t necessarily realize is that it removed Pell Grants from prison. Prior to 1994, there were people in prison that were getting bachelor’s degrees, master’s degrees, even doctorate degrees . . . And then almost overnight in 1994 when this bill passed, [those opportunities are] gone. . . . The ability to fruitfully and gainfully have this rehabilitative experience has been taken away.

Badertscher: We want to talk about [the United States] as being founded as the land of the free. But it was actually founded on subjugation of populations as laws changed. . . . And I see in all these protests, there is this call to look at our systems critically. And if we are re-examining that, the work around incarceration is critically tied to that because it has been a tool used quite explicitly to maintain our systems of subjugation.

Join Badertscher and Andrisse for conversations about STEM education in prison and re-entry by emailing STEM-OPS@edc.org.