Computer science skills are in high demand, but in short supply. How can we close the gap?

EDC’s Jim Stanton has a vision of how to strengthen computer science in schools where it is either absent or offered on very minimal scale in the K–12 curriculum. As executive director of the Massachusetts Computing Attainment Network (MassCAN), Stanton’s goal is to link employers and educators to promote new ways of bringing computer science to the state’s classrooms.

Q: Why is it so important to increase opportunities for K–12 students to engage with computer science? 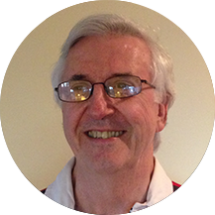 Stanton: Computer science is one of the central pillars of innovation economies around the world. It pushes existing technology forward and fosters innovation—both in terms of new products and of the array of services that support these products.

We’re in an age when tons of computer services are being developed. But we need to grow our workforce because the supply of skilled computer scientists is not keeping pace with the huge demand for those workers. Evidence suggests that we can accommodate a significantly larger number of students for the number of job vacancies in the tech sector.

Q: How is this supply problem hurting the technology sector?

Stanton: There’s a whole ecosystem of firms that compose the tech sector. Google and Microsoft may be some of the biggest, but there are thousands of smaller firms, too, that do essential work. Those companies are the ones affected most by the shortage of talent—without it, they can’t grow, and they can’t develop and offer new products. And if the smaller companies that occupy most of the tech ecosystem are weak, then the whole environment becomes weaker.

Q: What is the current state of computer science in K–12 education in Massachusetts?

Stanton: There are no school districts in the state where computer science is a requirement for graduation. Computer science remains largely an elective course in the modest number of school systems where it is offered, and only draws students who self-select as being interested in the subject. We know we could be reaching a lot more kids.

Q: What types of activities help prepare young children for learning to code later in life?

Stanton: There is an emerging field of curriculum tools that really support early exposure to computer science principles. Scratch, Bootstrap, and Lego robotics are some examples. They give students the experience of arranging things abstractly, which is one of the most important skills in computer science. In fact, MIT is currently developing a coding program for early elementary school called Scratch Jr.

Q: How do events like the “hour of code” held during Computer Science Education Week help expand computer science education?

Stanton: An “hour of code” is an attempt to demystify what coding is all about. Too many people still think that computer science requires advanced knowledge about how computers work. It doesn’t. So this is one effort to show people how accessible coding is, and that even young kids can have authentic experiences with it.