The History of Black History Month 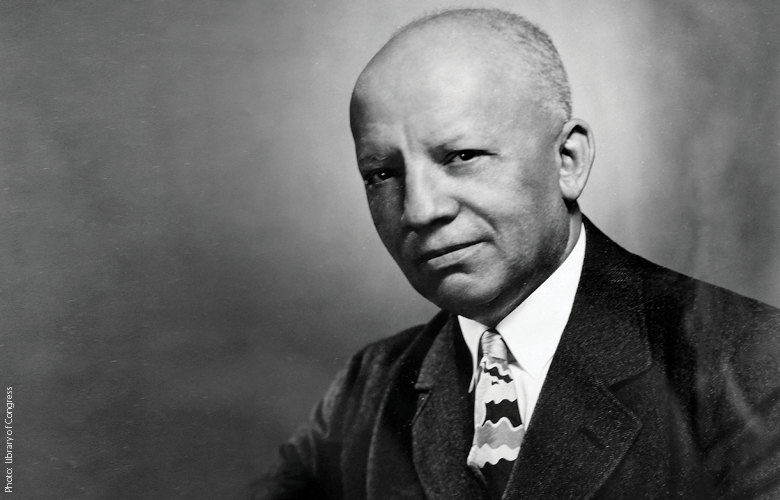 Growing up on the south side of Chicago, in an area known as Washington Heights, my family and friends often looked forward to the many celebratory activities made available during the month of February to acknowledge our Black heritage. Interestingly, a place where some of these activities were often held in the community was the Carter G. Woodson Regional Public Library. Why is this library the quintessential place for Black History Month to be commemorated? Let’s see . . .

The acknowledgement and celebration of Black History Month dates back to 1915 when Carter G. Woodson traveled to Chicago to take part in a national celebration of the 50th anniversary of the emancipation. Although a resident of Washington D.C., Woodson had previously attended the University of Chicago, where he obtained his bachelor’s and master’s degrees, and he still had many friends in the Chicagoland area. This event inspired Woodson to do more in the spirit of acknowledging and celebrating Black history and heritage. Before he left Chicago, he founded the Association for the Study of Negro Life and History (ASNLH)1 with like-minded colleagues. And then just a year later, he started the Journal of Negro History, which elevates the achievements of Black Americans.

In 1926, Woodson along with the ASNLH membership sponsored a national Negro History Week in the second week of February—a time purposely chosen to coincide with the birthdays of Abraham Lincoln and Frederick Douglass. This effort inspired schools and communities nationwide to organize local celebrations, and organizations hosted special week-long events. As time went on, mayors across the country began issuing proclamations commemorating the week, and with the civil rights movement of the 1960s, Negro History Week evolved into Black History Month. Then in 1976, Black History Month was officially and nationally recognized by President Gerald Ford.

“You must give your own story to the world.”
—Carter G. Woodson

Replying to:
Siobhan Bredin
February 26, 2022
Thank you, Katari, for sharing the history and your personal Chicago connections!
Replying to:
KATARI COLEMAN
February 28, 2022
Thanks Siobhan.