Racial equity matters. Here are three ideas for educators who want to make it a greater focus.

A former AP language and composition teacher in Chicago, EDC’s Elissa West-Frazier recalls looking at a list of authors that she was supposed to teach. The authors were largely white; her students were mostly Black and Latinx. So she undertook an effort to redesign the course so that most of the literature that students read was written by people who looked more like them.

“These students were in an AP course, and they were not seeing mirrors of themselves,” West-Frazier says. “They needed to have those mirrors. So changing the curriculum was a structural way for me to deliver a clear message about that.”

Like West-Frazier, many U.S. educators are taking a look at how schools’ institutional practices—from the curriculum that is taught to the way that discipline is implemented—reinforce existing systems of power in the United States. But creating schools that intentionally try to unwind years of systemic racism is challenging and requires educators to critically consider the needs of all students in their classrooms. Here are three ways to start.

Many educators unconsciously reinforce and endorse systemic racism through what they teach, says West-Frazier, now an evaluator who reviews equity-based initiatives. She encourages educators to take a second look at their lesson plans and reading lists and think more critically about whose voices are heard and which perspectives are brought in. 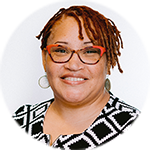 “Your curriculum really says a lot about who you are,” West-Frazier says.

After that critical re-examination, it’s time to bring in authors, ideas, and stories that have historically been underrepresented in—or altogether absent from—the classroom. West-Frazier calls this “decolonizing the curriculum.”

When West-Frazier did this in her own classroom, she got mixed responses from her colleagues. Some teachers questioned whether the new curriculum had the same rigor as the one it replaced. Others seemed surprised that she would even be allowed to change what she taught. But her results proved that highlighting more diverse voices did not mean that students were getting any less of a rigorous education.

“I had the highest test scores in the school,” West-Frazier says.

Giving students authentic opportunities to make their voices heard is a key step toward breaking down systems of oppression. To do this, teachers can assign projects that emphasize media making, promote civic engagement, or encourage students to reflect on how their own experiences have shaped their points of view, says Wendy Rivenburgh, an expert in project-based learning, media literacy, and civics education at EDC. 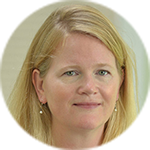 “You can promote a culture of racial equity through a culture of inquiry that really elevates student voice and experience,” she says.

Rivenburgh, a former high school English teacher, recalls one popular assignment from her teaching days. Her class had just finished reading The Adventures of Huckleberry Finn—and discussing some of the problematic language and descriptions within it. She asked students to debate whether or not the book should be a required text and make a recommendation to the chair of her school’s English Department.

She says that it was such a popular assignment because students had the opportunity to express their viewpoints to someone in a position of power. It anchored the curriculum in a real-world context that reflected the debates over what students read and learn.

“It’s important to provide students with a chance to explore their own biases and think about what role they can play in changing things,” Rivenburgh says.

3. Reform the way discipline is handled

Moving toward racial equity in schools also requires a hard look at discipline policies, which often disproportionately affect students of color. There is also a demonstrated link between school suspensions, juvenile detention, and later incarceration. 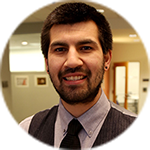 Ricardo Perez-Pineda, a former middle school teacher and current international project coordinator at EDC, says that school leaders should think about how their school’s disciplinary policies reflect their school’s values—especially in the wake of recent protests for racial justice.

“If you’re telling people that we have to re-examine our institutions, but you’re not doing it internally within your own school system, especially around how students are disciplined, then that’s a problem,” Perez-Pineda says.

Perez-Pineda advocates schools implement the restorative justice approach to discipline. In that model, students who have broken school rules are not necessarily suspended. Rather they must find ways to repair the damage they have caused to both individuals and the community at large. He adds that the approach is a good way for schools that are trying to reduce suspensions to “practice what they preach.”

But it’s also essential that schools find opportunities to divert students who are at risk of falling into disciplinary actions in the first place. As a teacher in Los Angeles, Perez-Pineda did just that when he created a youth leadership group for students who often struggled with school discipline. The program emphasized positive peer relationships and encouraged youth to see themselves as leaders who could make a difference.

“If you’re able to embed those kinds of positive practices throughout the school administrative system, then that goes a long way toward achieving a fairer, more equitable school,” says Perez-Pineda.