The Thinkers Who Shaped Us

The Thinkers Who Shaped Us

In celebration of Black History Month, EDC staff share stories of people who have inspired them.

Who are the people who have shaped the way you perceive the world? In celebration of Black History Month, three researchers and practitioners at EDC identify the impact that Black educators, leaders, and artists have had on the work they do every day. 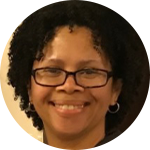 The Black thinkers who have had the most impact on my life’s journey, including how I approach childcare administration, have been the unsung heroes that I work side-by-side with every day. One was Anita Harvey-Dixon, who supervised my work at Start Early’s Educare Center in Chicago. Anita insisted that every staff person in our center, including the maintenance, security, food service, and administrative staff I managed, played a role in the relationships our school had with children and families.

This changed me. Previously, I had worked with a grantee that emphasized efficiency and good stewardship, but where relationships and reflections were not welcomed. Anita showed me that self-awareness and reflective supervision would make me a better administrator. She allowed me to transition from a manager to a leader. Her guidance had a significant impact on how I approached the children and families we were allowed to serve.

Another person who has shaped my thinking is Dr. Maya Angelou. She encouraged insight, love, and forgiveness in a way that made them powerful when our culture would paint them as signs of weakness. She noted that she was fortified by a James Baldwin quote, “Our crown has already been bought and paid for. All we have to do is wear it.” Knowing that my ability to live fully and freely came at a cost that others paid for humbles and steadies me. Similar to what Anita taught me, I am part of a whole. And the role I play, no matter how small, matters.

I had known for quite some time that the late Congressman John Lewis was a young leader during the Civil Rights movement. However, it wasn’t until a brief encounter with him at the Atlanta airport that I decided to learn more about who he was and what he had done. So, I picked up and read one of his books: Across That Bridge: A Vision of Change and the Future of America.

In this book, Mr. Lewis reflects on the various elements that made the movement so effective in pushing the needle toward racial justice in this country. These elements included faith, patience, study, truth, action, peace, love, and reconciliation. Lewis says that each of these eight elements was needed for the movement to succeed. The Civil Rights movement wasn’t just about one person refusing to sit in the back of the bus or about one speech at the National Mall or about a group of people getting themselves into “good trouble” marching for their rights. It was a 12-year movement of millions of people who brought passion for justice, faith in change, courage to act, and careful planning. 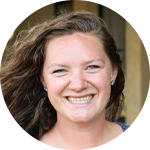 Anti-racism work is necessary at every level of the education system to address issues of inequity. Afrika Afeni Mills, an educator, author, instructional coach, activist, and parent is an excellent example of putting words into practice. Her 2019 blog post, “A Letter to White Teachers of My Black Children,” went viral for asking teachers to confront issues of race, equity, and justice more deeply in the classroom.

I have the great pleasure of calling Afrika a former colleague and friend. As a novice teacher just starting a career in education, I had the opportunity to co-teach a middle school social studies course with her in Boston. Watching this master teacher introduce topics of race and inequity in the classroom has driven my own work, first as a teacher and now as a researcher. Afrika’s emphasis on how classroom experiences shape students’ views of themselves, their nation, and the world continue to inspire me to make sure teachers are aware and empowered to turn their classrooms into powerful tools to challenging racism in the United States. Every day, Afrika works to build an education system committed to anti-racism in meaningful ways. She has also encouraged others, including myself, to continue working toward the same end.