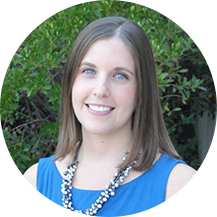 Many parents wonder whether they should talk about suicide with their teenagers—and if so, what they should even say. Kerri Nickerson of EDC’s Suicide Prevention Resource Center says that talking about suicide and mental health can actually help promote help-seeking and resilience among teenagers. Here, she offers parents some important, practical tips for beginning this discussion.

Q. The popular Netflix show 13 Reasons Why has many parents wondering how to talk to their teens about suicide—or even if they should. Is there any danger in parents bringing up this subject?

Nickerson: No. There’s a myth that talking about suicide can plant the seed of suicidal thoughts or somehow increase a person’s risk of attempting suicide. That’s simply not true, and there’s very solid research on this. One of the positive outcomes from 13 Reasons Why is that it provides an opportunity for parents to have a meaningful dialogue with their teenager about suicide and the importance of mental health.

Q. So how should parents talk to teenagers about suicide?

Nickerson: I think there are three things to keep in mind. First, try to establish an open and honest dialogue about behavioral and mental health with your teenager. If you notice changes in his or her sleeping habits, mood, or relationships, it’s good to ask about those. Those early conversations help pave the way for more difficult ones about suicide.

Second, parents should talk about suicide directly. You don’t want to skirt around the issue, especially if you have seen some potential warning signs. “Have you ever thought about suicide?” is a perfectly appropriate question, and it allows the teenager to answer honestly. Avoid asking leading questions such as, “You’re not thinking about suicide, are you?” because that places a certain judgment on the teen’s answer, and makes them less likely to answer in the affirmative if he or she has considered it.

And third, think about your responses ahead of time. If your child says, “Yes, I have thought about suicide,” it’s important that you know how you want to respond. That’s the moment to talk about next steps—such as connecting with a mental health provider or calling the National Suicide Prevention hotline—to make sure your child gets the mental health support he or she needs.

Q. Why do these conversations help teens?

Nickerson: There are lots of benefits to parents engaging in these conversations. One benefit is that they build connectedness, which is a known protective factor against suicide. Connectedness refers to the number of meaningful relationships a teen has with caring adults, caregivers, or peers—people in their life who would take conversations about suicide and mental health seriously. It’s a really important factor. So much so, that in 2011, the Centers for Disease Control and Prevention identified connectedness as its strategic direction for addressing suicide.

Q. How do conversations about suicide fit into an overall strategy that can reduce teens’ suicide risk?

Nickerson: Because suicide is complex, no one strategy will prevent all suicides. Instead, it’s important for communities, health professionals, parents, and other loved ones of youth at risk for suicide to work together.

However, some research indicates that programs that give people the tools to talk about suicide can reduce suicide. Take gatekeeper trainings, for example. These programs train school staff, parents, and teens on how to recognize the warning signs for suicide and how to refer at risk people for help. Communication is a key part of gatekeeper trainings. In fact, a 2015 study suggested that these programs contributed to a significant reduction in youth suicide.

One of the findings from this study, though, was that after gatekeeper trainings stopped, the reduction in suicides was no longer seen. So it shows that programs that promote talking about suicide can save lives, especially when combined with other suicide prevention strategies, but those programs must be sustained over time.

Q. What are some ways that schools and communities can build a culture where teenagers seek out help if they are considering suicide?

Schools are also in a unique position to promote help-seeking and positive mental health of their students. One way some schools, and those working with schools, have done this is to create communication campaigns as part of their comprehensive suicide prevention strategy and use messaging that focuses on promoting hope and help-seeking. Stories about teenagers who were struggling and reached out for help successfully or a particular teenager who helped a friend in need can be really powerful. They can also counter the narrative that teenagers can’t do anything about suicide. Many teenagers encounter struggles in their lives—but stories of hope and resilience show that help is available and recovery is possible.