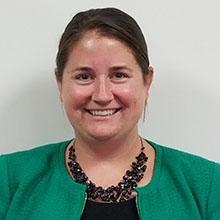 Carr holds an MPH from Boston University and a BA in Public Policy Analysis from the University of North Carolina at Chapel Hill.