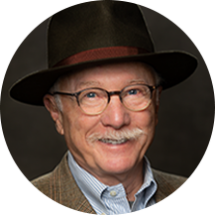 Philip Daro, a lead writer of the Common Core State Standards for Mathematics, works to advance the design and use of leadership tools for improving mathematics instruction and assessment at every level of the educational system.

Philip has held leadership positions with the California Department of Education and served on numerous national committees addressing issues in mathematics assessment, standards, and instruction. He directed the National Center for Education and the Economy’s New Standards Project.

As director of Mathematics for the Strategic Education Research Partnership, Philip organized partnerships between the University of California, Stanford, and other universities with the Oakland and San Francisco Unified School Districts. He was the design lead for a tablet-based K–12 mathematics curriculum and directed several large-scale teacher professional development programs, including the California Mathematics Project.

Philip currently serves on the Executive Committee of the International Society for Design and Development in Education and on several boards, including Strategic Education Research Partnership, and Shell Centre Publications. He previously served on the boards for Open Up Resource and the Noyce Foundation. He is a member of the NAEP Validity Studies Panel and on the advisory boards for the Algebra for All initiative, Illustrative Mathematics, and Making Mathematics. He was the recipient of the 2012 Walter Denham Award from the California Mathematics Council and the 2014 Ross Taylor/Glenn Gilbert National Leadership Award from the National Council of Supervisors of Mathematics.

Philip holds a BA in English, with a minor in mathematics, from the University of California, Berkeley, as well as a Secondary Education Teacher Credential from the State University of New Jersey, Trenton. He was a Senior Fellow for Mathematics for America’s Choice.