EDC’s director of security discusses safety and security in the middle of a global health emergency.

As EDC’s director of security, Lisa Oliveri has to be prepared for any events that might interrupt the organization’s work around the globe, including political violence and natural disasters. But even she admits that at the beginning of 2020, she had no idea what the new year would bring.

“I don’t think my brain jumped to ‘pandemic,’” Oliveri says, recalling early reports that a concerning new virus was circulating in China. “I monitored those reports closely, but admittedly, at the start of the year, I thought one of our primary concerns in 2020 would be relations between the U.S. and Iran.”

However, COVID-19 would soon become the single greatest focus of her year. 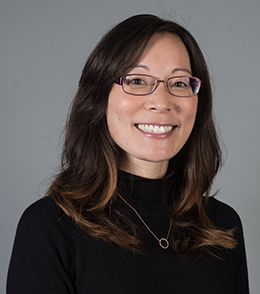 By the end of January, Oliveri was regularly speaking to security analysts and security professionals at other international NGOs, trying to learn more about how the virus was affecting health and safety around the world. And by late February, she was regularly meeting with EDC’s Coronavirus Response Team, creating a plan that would address a rapidly expanding worldwide health emergency.

EDC’s response went into effect in March—the same month that schools closed, businesses shut down, and daily life changed for billions of people around the globe. EDC restricted international business travel on March 3. On March 11, employees were encouraged to work from home to reduce the chance of virus transmission among EDC staff. Before the month was over, almost all EDC offices in the United States, southeast Asia, sub-Saharan Africa, and central America closed and went to a full remote working schedule.

Oliveri soon came to appreciate that this looming pandemic was unlike any other emergency she had dealt with before.

“This crisis response literally impacted everyone in the organization,” Oliveri says. “The virus posed a potential risk to all staff and all families.”

With the immediate safety and security of staff addressed through the work-at-home order, Oliveri’s role shifted toward making sense of the limited, and sometimes contradictory, information about coronavirus prevention measures. She says this was particularly complicated since EDC has offices in 19 countries, and local, national, and international health organizations did not always offer consistent guidance. She notes, for example, that the U.S. Centers for Disease Control and Prevention (CDC) sometimes published recommendations that were not in line with the World Health Organization (WHO) guidelines—other times, it was the opposite.

“Since EDC is headquartered in the United States but has a global presence, it was a balancing act to figure out which authority offered the best and most accurate advice. We had to remain flexible,” Oliveri says.

Oliveri, who came to EDC in 2018, traces her interest in crisis management to her days as a residential advisor (RA) at Trinity College in Hartford, Connecticut, and later as a resident director (RD) at Fordham University in the Bronx, New York. She enjoyed the challenges that came her way in that role, which included mediating conflicts between roommates, working with campus security, and supporting students when they had medical emergencies or mental health crises late at night.

“As an RA or RD, you gain experience piecing together what happened during an incident, talking with students, and trying to figure out how to avoid certain situations going forward,” Oliveri says. “So there is a bit of risk mitigation involved in that line of work and trying to keep people safe.”

After earning her master’s degrees in education and international affairs, Oliveri briefly taught science in the United Kingdom. She returned to the United States to pursue a career in the non-profit sector and was hired at the American Friends Service Committee (AFSC). One of her first large projects was to develop an organization-wide security manual, as well as a local security plan for AFSC’s main office in Philadelphia.

The AFSC work gave her the chance to combine her crisis management skills with her knowledge of international affairs. It also filled an organizational need. Oliveri worked hard to build her knowledge, skills, and network within the security industry, and before long, she was AFSC’s go-to person on global safety and security. Then, after completing a program for security executives at the University of Pennsylvania’s Wharton School, she was promoted to serve as the organization’s director of security. She had found her professional calling.

“What started out as special project became a full security and travel program,” Oliveri says. “Not every security professional has an opportunity to build a program from the ground up, so I really appreciated and learned a lot from that experience.”

During 2020, Oliveri certainly put her security skills to good use. In addition to the pandemic, Oliveri has supported EDC’s response to two other unexpected crises: a military coup in Mali and a massive explosion in Lebanon. In both situations, Oliveri worked with EDC security and project staff on the ground to assess the conditions, ensure EDC staff were safe, and help plan a return to programmatic activities.

However in spite of the upheaval, the year also held a bright spot. In September, Oliveri was named the winner of the U.S. OSPA Outstanding Young Security Professional award for her outstanding performance and commitment in the security field.

Now in 2021, with multiple coronavirus vaccines in development, Oliveri is beginning to think about life after the pandemic. She’s actively working with other NGO security directors on a list of considerations to inform organizational decision-making in anticipation of the vaccines becoming widely available in the United States and beyond. And as part of EDC’s Coronavirus Response Team, she is supporting the development of trainings and protocols that will allow people to resume more work activities and international travel.

Oliveri says there are still a lot of questions about new virus variants, long-term side-effects of the virus, and the rollout of the vaccines, but she is optimistic that operations and travel should increase by the end of 2021.

It’s been a historic, unpredictable year. But through it all, Oliveri has never reconsidered her chosen vocation.

“I love being able to support our people and our projects,” Oliveri says. “I believe in the work that EDC does, and I appreciate its commitment to supporting a strong safety and security culture.”