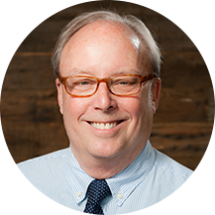 A nationally recognized leader in the field of suicide prevention, Jerry Reed, PhD, is an EDC senior vice president. Through advocacy, authorship, and effective program leadership, he has raised awareness about suicide as a leading cause of death and driven public policy changes at the state, national and international levels.

Reed directs EDC’s practice leadership efforts and leads the suicide prevention practice leader domain, which includes serving as co-director with partners at the University of Rochester Medical Center for the CDC-funded Injury Control Research Center for Suicide Prevention. He also works closely with EDC project directors overseeing the Zero Suicide Institute, the National Action Alliance for Suicide Prevention (Action Alliance), the Suicide Prevention Resource Center (SPRC), and the Children’s Safety Network. From 2008 to 2017, Reed served as director of SPRC, which has been operated by EDC since 2002.

An outspoken advocate of the importance of both a public health and mental health approach to injury, violence, and suicide prevention, Reed serves on the executive committee of the Action Alliance, has testified before the U.S. Congress, serves on the Kennedy-Satcher Center for Mental Health Equity advisory board, and speaks frequently both nationally and internationally. Reed is a member of the American Public Health Association, the American Association of Suicidology, and the International Association for Suicide Prevention.

Reed has a PhD in health-related sciences, with an emphasis in gerontology, from Virginia Commonwealth University and an MSW from the University of Maryland at Baltimore.

This resource library is a collection of readings, tools, videos, and webinars to help users understand and implement the Zero Suicide Initiative.

This online toolkit supports the implementation of the Zero Suicide Initiative in health and behavioral health care settings.

SPARK Talks—Short, Provocative, Action-oriented, Realistic, and Knowledgeable—are feature videos of leaders in the suicide prevention field describing a new development or direction and issuing a c

This resource library maintained by the Suicide Prevention Resource Center (SPRC) includes products created by SPRC and its partners as well as toolkits, fact sheets, guides, upcoming trainings and