How Can We Promote Persistence in Math?

How Can We Promote Persistence in Math?

As a high school senior in 1986, Stephanie Ragucci took “not one, not two, but three” mathematics courses with EDC’s Al Cuoco, who was then a teacher at Woburn High School. She says that Cuoco’s classes had a particular style that she found engaging.

“He would present a problem, let us wrestle with it for a while,” she says. “It wasn’t something we were used to. We had to become better thinkers about math.”

Now a mathematics teacher at Andover High School, Ragucci has adopted some of the same instructional techniques as her former teacher. She has also used two mathematics curricula developed by Cuoco: The CME Project (CME) and the newly published Linear Algebra and Geometry (LAG). In this roundtable discussion, Ragucci, Cuoco, and mathematics curriculum developer Kevin Waterman, also of EDC, discuss mathematics education and why it is important for students to learn how to persevere when the problems get tough.

Q: Having Al as a teacher seems to have left an impression on you, Stephanie. How have you integrated some of his teaching techniques into your own instruction?

Ragucci: Something I’ve learned from Al over the years is that there’s not always one way to do things. Sometimes I’ll have two students come up to me with the same answer, but two totally different ways to do the problem—and I don’t care which way they do it, as long as they can explain it, and as long as they end up at the right place. So I think Al fosters that sort of thinking.

And it also takes students three, four, five, six exposures to something before they grasp it sometimes. So the problems really allow them the space to struggle and experiment.

Q: Open-ended problem-solving can be difficult for students. How do you help them persist when they get stuck?

Ragucci: I tell my students, “Well, maybe you don’t know the answer now. Maybe you have to leave it for a little bit, and then come back to it.” You have to teach them the skills to persevere. I also have them work together. Some of the problems in CME are hard! You have to sit around a table and wrestle with them. That’s what makes it fun. 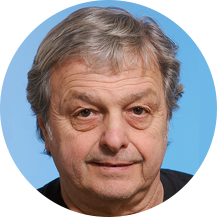 Cuoco: We help them develop habits for starting on a problem. One of our mottos is “try it with numbers.” For example, you can just guess at an answer and try it, and sometimes that gives you a jump start into the problem—you can look for regularity in your calculations. We raise those kinds of skills to the same level of importance as the major results themselves.

Q: Is that a novel approach to high school mathematics? 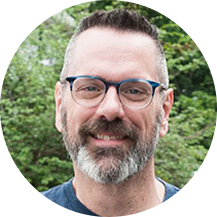 Waterman: I think giving kids a problem first without a lot of guidance—which LAG certainly does—is different from a lot of other programs out there. Many of them teach a process first, and then ask students to apply it to a set of problems. We give a set of problems and have kids look for patterns and develop their own methods. However, it’s not about teaching kids 16 different ways to do something. It’s how they find their own way and make sense of it.

Cuoco: That was the whole idea behind CME. The National Science Foundation funded us to create it because it followed the traditional course structure—Algebra I, Geometry, Algebra 2—and because it put experience before formality. And I always thought that linear algebra was great for this approach. You just have to work a lot of problems and to reflect on what you did to understand what’s going on. The theorems are just abstractions of what you do in the concrete cases.

Q: Students today can just go online and find answers to problems. Does that change how you think about persistence in mathematics?

Waterman: Technology is certainly making the technical skills easy—students can go to a site like WolframAlpha, punch in a problem, and get the answer. The computer can remember the algorithm.

Cuoco: It is difficult, isn’t it? The answers are right there at your fingertips. But we want to make it so that the answer isn’t the end goal. It’s the journey. Steph, do your kids run to the Internet when they can’t solve a problem?

Ragucci: I think maybe some of the higher-level kids do, because they aren’t used to struggling in mathematics. They want to do the problem, but they don’t have the skills to persevere through it, so they use the Internet as a way to check their work. They want everything to be solved.

Q: How is LAG different from other curricula?

Ragucci: It makes difficult concepts accessible for more kids. I mean, Kevin, if you remember observing one of those classes—there were kids who were really struggling through difficult concepts. But it was different, and they liked it. It’s also refreshing that students can jump into these meatier concepts without having to first get through precalculus and calculus.

Waterman: I remember an exchange you had with one student. You were helping him draw out his logic step by step, and he knew the answer to every question you asked, and then he got to the end of the problem, and he was like, “How the heck did I get here?” He was amazed that he got to the end, and he didn’t struggle with anything along the way.

The design that we came up with for LAG was that each chunk of lessons starts with an open problem set. Some problems are easy to do, and some problems we don’t expect kids to be able to do yet. That’s how we build their perseverance. They have to learn that they are not always going to get the answer right away! And that’s ok. Giving up is the last thing we want kids to do.