If you use social media, you have likely come across “fake news”—hoaxes or misleading information disguised to look like actual news items. But have you recognized them for what they are? Or have you shared them?

EDC’s Tony Streit believes that the recent proliferation of actual fake news items—as well as politicians’ recent use of the term “fake news” to delegitimize the press—should be a wake-up call for today’s educators. Not only do teachers need to help their students understand the difference between real and fake news stories, but they need to guide them in learning how to consume, understand, and create media that is relevant to their lives.

“This is media literacy’s moment,” he says.

Through his work at EDC, as well as in his role as a board member of the National Association of Media Literacy Education (NAMLE), Streit is trying to put media literacy back on the front page. Here, Streit, Eliza Fabillar, and Bill Tally discuss what media literacy should look like in an age of social media and the 24/7 news cycle.

Media literacy as a field goes back 70 years. In those early days, media literacy efforts were seen as a sort of bulwark against the perceived negative effects of radio, and later TV, on children. Now, media literacy has evolved to be more about critical thinking, analysis, and understanding bias. It’s much less reactionary than it used to be. 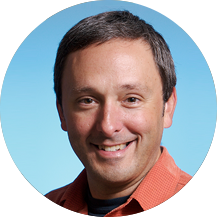 So we need to help teachers find ways to integrate media literacy into instruction. We need to give them the tools, the time, and the support to do it. It’s crucial that we do this. Our media landscape has expanded well beyond print and radio, but we haven’t been educating children enough about what it means to be a consumer or producer of media, let alone a disseminator, now that we’re in the age of social media. For both students and citizens, these media literacy skills are more important than ever. 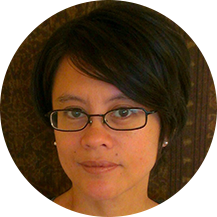 There’s this misconception that media literacy is just the ability to discern “facts” from “not facts.” That’s certainly part of it, but media literacy also encompasses critical thinking, questioning, and self-expression. It inspires fundamental questions about how we know what we think we know.

In a democratic society, it’s every teacher’s responsibility to educate their students on how to be citizens, and being able to make sense of media is a critical part of that education. Our challenge is to find authentic ways to build media literacy into history, English, and even science classes, where students are already developing critical-thinking skills. These skills are even more essential at a time when young people are constantly bombarded with messages in print, on television, and on social media. We as educators must help them understand and interpret what they are seeing.

Teachers should embrace the complexity. Imagine a social studies lesson where students examine a local story—such as a crime or a protest—using different media. They read print media clips and tweets, follow hashtags, and watch video accounts of the event.

After they consume all these different interpretations, the class has a discussion about multiple perspectives and narratives and who to believe and why. They talk about how to differentiate opinion from fact, and about which voices are telling the story and which ones are left out. The class gains a deeper understanding of issues from multiple narratives. These activities build critical-thinking skills that will serve students for the rest of their lives. 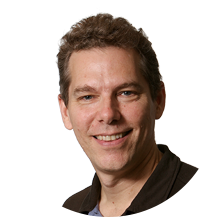 We need to make media literacy instruction more nimble to better address the media environments in which young people are spending time. This means talking about social media and having real conversations about truth, ethics, and the responsibilities of digital citizenship.

Research has found that students struggle to assess the credibility of, and bias in, the content that they see online. Traditional methods of teaching media literacy—where students learn to judge the credibility of a piece by examining the author, source, and potential biases—simply don’t translate to social media, where people do not often pause to do critical analyses of the articles that come across their feeds.

The main question we want young people to ask when confronted with a story or statement in their news feed is, “Is it true?” And here, there are some Web-relevant skills and habits that students can learn, such as following links to examine the source of the claim or using Web searches and major online reference tools, such as Wikipedia, to establish the credibility of the source. Mike Caulfield, of Washington State University Vancouver, has done relevant work in this area. Students should also learn how to use sites such as Snopes and FactCheck.org.

“Pause before you post or re-post” is also a good mantra. Sharing false stories or hoaxes with friends only serves to isolate us further from those who may disagree with us on certain issues, but with whom we may agree on others.

Social media can create echo chambers of like-mindedness. Even people who maintain diverse social networks are constantly swimming in broad generalizations about people who are different from them. And it becomes easy to disrespect and disregard people when you feel like you have nothing in common with them. Such division is not good for democracy.