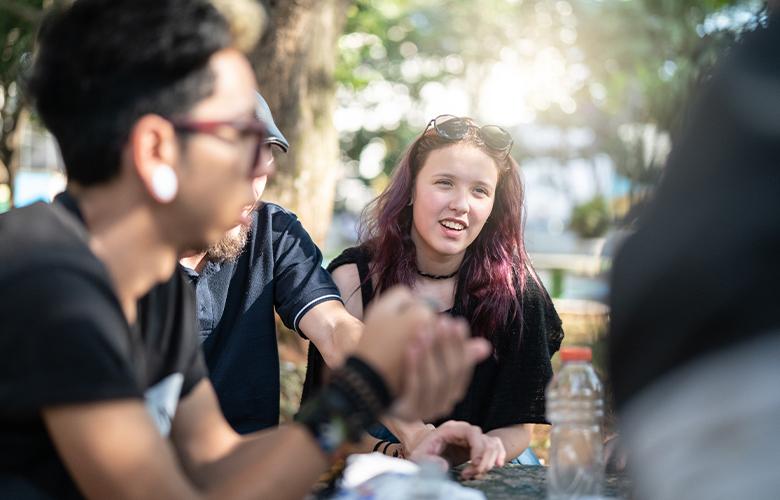 Elections, especially contentious ones, focus minds on civic duty. But voting is only one way to participate in civic life, and most students are not yet old enough to cast a ballot. To prepare the next generation of community leaders, we should create opportunities for civic learning throughout the year.

Young people need “to know about how local and state government works,” says Massachusetts high school senior Edie Pike, “so, when they figure out what they want to change, they know how to go about changing it.”

Pike shared her thoughts on civics education in our interview for the Massachusetts Civic Learning Coalition, a network of organizations, including EDC, that collaborate to advance civic education and engagement statewide.

Helping students find civic purpose pays off. Taking a civics course and participating in civics-related extracurricular activities in high school have a positive association with the likelihood to vote according to one study. Other research shows civic learning opportunities in school increase civic engagement as an adult.

Students embrace the chance to take action through action civics projects, rather than just reading about the issues. For instance, this spring students spearheaded a 2020 census campaign in Lowell, Massachusetts, to make sure people in the community knew why an accurate count was important. Many youth in recent months, such as Pike, have rallied for racial justice or galvanized support for climate change legislation.

In a lot of ways, civics is the organizing principle of school—preparing young people for full participation in civic life. And to be most meaningful, civics education must go beyond the classroom. Your community is your civics lab.

Pike says, “Students are educated about what’s happening and have an important voice on what they want the community to look like in the future.”

How are you promoting civic learning in your classroom or community? Do young people have a say on the issues they care about? Let us know in the comments.