June—A Time for PRIDE and STEM 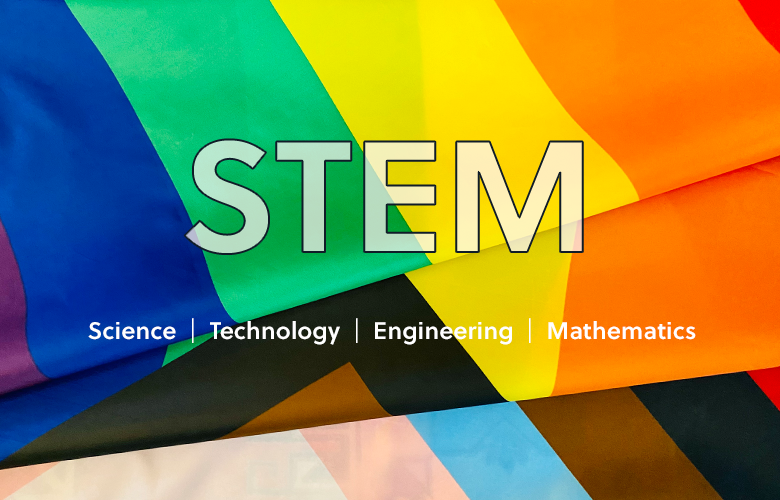 However, I also encourage us all to use June to bring attention to LGBTQ+ people in STEM as well. It is a perfect time to share strategies and approaches to broaden LGBTQ+ participation in STEM learning and careers.

So how do we broaden participation? One idea is to let others know of how many famous scientists, mathematicians, and engineers are members of the LGBTQ+ community. As in day-to-day life, unless we know who are LGBTQ+, we assume heterosexuality, because LGBTQ+ people in STEM education and the workforce are largely invisible.

If asked what Florence Nightingale, Francis Bacon, Margaret Mead, James Pollack, and Leonardo da Vinci have in common, many of us would link them to STEM:

But STEM is not all they had in common. They were also LGBTQ+ individuals.

The STEM fields have been infamously unwelcoming to people of color and women. However, research suggests that the STEM culture also may systemically—and perhaps unintentionally—erect barriers limiting the inclusion of lesbian, gay, bisexual, and queer scientists, technologists, engineers, mathematicians, computer scientists, and researchers. In some cases, and in some STEM careers, LGBTQ+ individuals face hostile and discriminatory practices.

If we want to attract the best problem-solvers and innovators, including people of color, women, and LGBTQ+ people to STEM fields, we must act to be inclusive and diverse. This may require an examination of our cultural competencies, including language, policies, and practices across educational and workplace settings. Although pointing out the historical faces of LGBTQ+ people in STEM is an important start, historical visibility is not sufficient. It is only a small piece of awareness.

We need to raise awareness for LGBTQ+ inclusion in STEM and create a visible network of allies to foster a supportive and inclusive atmosphere for LGBTQ+ individuals. This includes interrupting the cultures of discrimination, including homophobia, biphobia, and transphobia, and directly addressing hostile climates. These changes start in educational settings across the life span.

Following are some key organizations that provide networking, education, advocacy, and support to LGBTQ+ people in the STEM community: