Examining Our Own Biases: An Essential Step on the Path of Progress 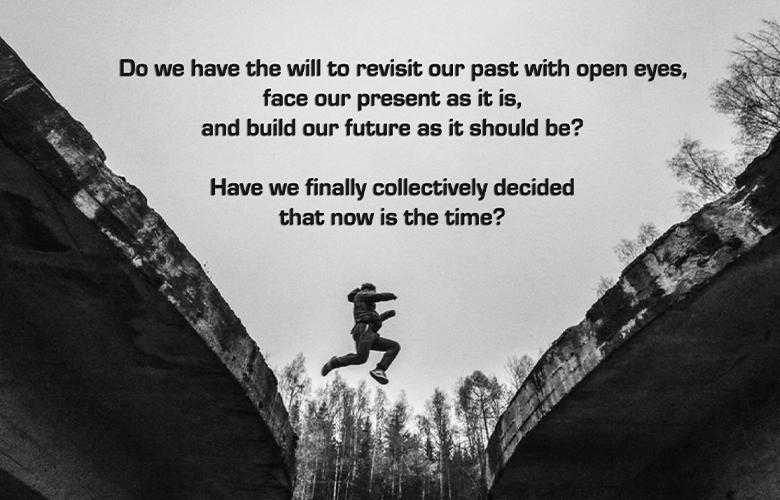 My path to anti-racist work required serious examination of my own biases as a white woman. In 1988, my white driver’s ed instructor Dan asked me, “Are you racist?” “Of course not!” He responded, “Would you date a Black man?” “No!” Dan responded: “You are racist!” At 21, I fell in love with Terrence, never thinking about his race. So, by Dan’s logic, does that mean I wasn’t racist because I dated a Black man?

At 23, I contributed to sending two Black men to prison; at 25, I married a white conservative police officer. In neither case did I consider race. Luckily one of Terrence’s lasting gifts had been to help me start on a path that led to the realization that colorblindness is fundamentally racist.

Early experiences like these and many others continue to shape me—a 48-year old white woman condemning racism. And I know, I will never be “done” learning what it means to advocate for the rights of those who have felt unsafe or unseen, been injured or killed, or received less than full access to all our horrendously inequitable systems.

In truth, each of us plays a role in perpetuating a society designed—often explicitly, more often implicitly—to privilege people who identify as white, able-bodied, male, and wealthy. If I refuse to see how I do this, I cannot advocate for a society where #BlackLivesMatter, where people of color do not have to teach their children to be wary of police officers, and where their physical and mental health are no longer so impacted by our inequitable society that their very lives are compromised. One common way we unknowingly maintain the status quo is by protesting racism and then going back to our lives feeling we did our part.

This current activism cannot be the end! As communities, we need to encourage and support each other to look inside. As communities desiring to become anti-racist, we must commit to long-term learning TOGETHER. The diverse communities with whom I work dig deep into historical foundations and seek alternative perspectives, while acknowledging our role in perpetuating whiteness. There are many resources, but here are a few I have found transformative to my learning and hope they inspire:

As you read, consider:

Replying to:
Karin Carey
July 7, 2020
Thank you so much for sharing a part of your journey. I completely appreciate your frankness and honesty. As a child of African American and Asian American parents growing up in the 1960s and navigating my own life experiences, systemic racism is so evident in every step, if your eyes are truly open. Very much looking forward to reading your suggested book selections.
Replying to:
Eden Badertscher
July 29, 2020
Karin, I hope you find the books valuable. Please feel free to come back and share your thoughts here. Have you had opportunities to share your own experiences and pathways? What are some things you have found particularly valuable as you have navigated our inequitable systems? We are only going to make true progress if we work with and learn from each other, so please share a resource or two if desired. Thank you for your comments!