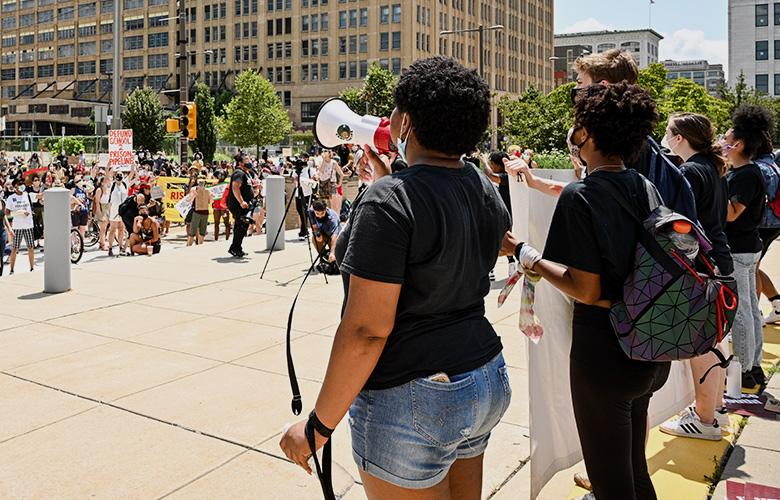 Since the police killings of George Floyd and Breonna Taylor ignited the nationwide Movement for Black Lives, 14 school districts representing 600,000 students have terminated their contracts with law enforcement.

School policing dates back to school desegregation, but it wasn’t until the 1990s, an era characterized by escalating fears of youth crime and school shootings, that school police became widespread. Nearly 30 years later, however, research has failed to prove that school resource officers make schools safer. Instead, the presence of police in schools is linked to higher rates of arrest for low-level infractions, higher suspension rates, and lower rates of graduation and college enrollment. These consequences are disproportionately felt by students of color—black boys in particular.

The decisive actions taken by school boards in Oakland, Milwaukee, Denver, Minneapolis, and other cities represent significant victories for the youth-led #PoliceFreeSchools movement and for racial justice. However, these actions mark a beginning rather than an end. School and district leaders now face important questions about how to redesign safety and support infrastructures in the absence of law enforcement. What personnel, resources, programs, or initiatives are most effective in improving student and school outcomes? What planning, implementation, and monitoring processes will promote equity and ensure a lasting impact?

It is imperative that we learn from these schools’ early experiences with police-free schooling. Lessons gleaned from early adopters about promising practices, barriers to implementation, and unintended consequences can inform other districts’ decisions to sever ties with law enforcement. It is equally critical that this evidence-building process, and the guidance that it informs, centers the voices of the young people who have been on the front lines of this movement, and who are uniquely positioned to speak to the effect of changes being made inside individual schools.

Reimagining school safety to include youth, parents, and community members isn’t new. Models launched by initiatives such as Safe Schools/Healthy Students and Communities in Schools integrate parent volunteers, establish roles for community-based organizations on school advisory teams, and provide wraparound services for students and families. These programs, which include a role for law enforcement, have demonstrated successful outcomes and provide a useful starting point. But the present moment demands a new iteration—one grounded in a deep commitment to uprooting systems of racialized oppression and to uplifting youth and communities as partners, advisors, and beneficiaries. Evidence and activism are not antithetical. Indeed their synergy may provide our best chance of enabling schools and communities to work together for lasting change.

How could evidence and activism transform your school?