EDC’s Meg Caven discusses a new movement that seeks to change the relationship between law enforcement and schools.

This past June, in the wake of protests ignited by the murder of George Floyd, the Minneapolis school board voted to terminate its contract with the city’s police department. The decision effectively removed department-provided school resource officers (SROs) from schools within the district, and fundamentally changed the relationship between the district and law enforcement.

The termination was hailed as a victory for the police-free schools movement, which seeks to shift schools’ disciplinary cultures away from control and punishment and toward democracy, equity, and justice. But it also invited questions about what was next. Would the district merely replace SROs with private security personnel? Or would it truly embark on an effort to reconsider student discipline through the lenses of justice and racial equity? 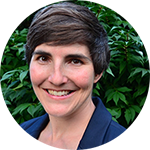 EDC’s Meg Caven, a researcher who studies education and social inequality, has been following events in Minneapolis and other communities that have joined the police-free schools movement. In this podcast, she discusses how school leaders can reimagine school discipline without relying on law enforcement.

On the police-free schools movement

Caven: [T]he question at the center of it is, why are schools, which are supposed to be these institutions of learning, and nurturing, and really raising young people, also populated by cops? What are they doing there?

On schools’ overinvestment in law enforcement

Caven: The ACLU did a report in 2019 [which highlighted that] there are 6 million students in the United States that have police but no school psychologist [in their school], and 10 million students in schools with police, but no social worker. So you’re looking at this nationwide investment in a carceral system and a total disinvestment in the social supports that students really need.

Caven: [At] the school level, schools are now having to contend with, OK, I can no longer staff the police in my building. What am I going to do it instead? And...there’s very little out there about how you make the transition from a school organized around a sort of law enforcement infrastructure to a school that is taking a different approach. And I think in that vacuum of models, almost anything could happen.

On how schools can make long-term changes

Caven: A lot of work needs to be done to really capture those stories—the good, the bad and the ugly—to try to understand what are the processes that schools are implementing to move away from policing? Who are the people they’re putting in place? What are the strategies they’re using? What are the programs they are adopting, to try to really transform their cultures away from punishment?