Preventing suicide is the “number one clinical priority” for the VA, says Jerry Reed.

If you are a Veteran in crisis, or if you are concerned about a loved one who is a Veteran

If you or someone you know is in suicidal crisis:

For more information on suicide prevention:

On August 26, staff from the Department of Veterans Affairs (VA) and the Department of Defense will gather with public health professionals for the 2019 Suicide Prevention Conference—an opportunity to address one of the most pressing health challenges facing our nation’s Veterans.

EDC’s Jerry Reed, a suicide prevention expert and Navy veteran himself, will be in attendance. In this podcast, Reed discusses what the VA is doing to prevent suicide and comments on the importance of taking a public health approach to address this growing crisis.

On the scope of the issue 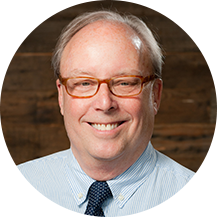 Reed: The rate of suicide, based on what you are hearing from the VA and in the media, is that approximately 20 Veterans a day die by suicide. So it’s about 6,500 Veterans per year who take their lives.

On what the VA is doing to support suicide prevention

Reed: [The VA] has a very strong infrastructure . . . with suicide prevention coordinators in every VA medical center. They have a Veterans crisis line. They are certainly training people in their organization to be mindful of paying attention to the signs of suicide, asking about suicide, and treating veterans who report having symptoms of suicide or suicidal ideation. . . . The infrastructure at VA is certainly committed to providing the best services possible to Veterans who struggle with suicidal thinking.

On the need for a public health approach to suicide

Reed: In the past, we’ve looked at suicide as an individual case presentation—from an individual and his or her provider. And so we would do therapy, perhaps prescribe medication, perhaps enroll someone in a group situation, and we would treat that individual with an individual treatment plan to help them . . . move beyond the crisis they were experiencing. A public health approach, on the other hand, really looks at populations. So when you look at 6,500 veterans, or you look at 47,000 Americans, or 7,000 older adults, you look at the risk and protective factors that you can see in those populations. You try to modify the risk factors that are modifiable and promote the protective factors that need to be enhanced to give . . . the individuals in that population the safety net—so that we don’t turn a blind eye to other things we could do in society that contribute to saving lives.

On changing attitudes about suicide in the Veteran population

Reed: I can tell you quite candidly, back in 1996 and 97, when I worked on Capitol Hill and the issue of suicide first came up as a leading cause of death that people were willing to pay attention to, there was no concrete effort at the VA broadly to make suicide prevention a focus of clinical practice or organizational commitment. Today, . . . there are over 400 suicide prevention coordinators. They have an Office of Suicide Prevention at the VA central office. We’re talking about suicide all the time, and how to improve clinical practice . . . The secretary of VA, and many other leaders at the VA, have said it’s the number one clinical priority for the Veterans Administration.

If you are a Veteran in crisis, or if you are concerned about a loved one who is a Veteran

If you or someone you know is in suicidal crisis:

For more information on suicide prevention:

| Issues & Insights
Charting a Course for Suicide Prevention
| Articles
How Can We Better Serve the Mental Health Needs of Women Veterans?
| Media Coverage
Guns and Suicide
| Media Coverage
A Plan to End Suicide